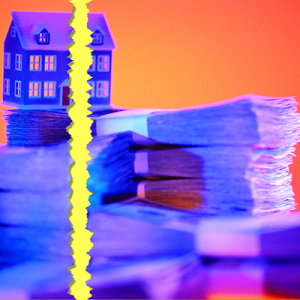 One of the key benefits of setting up a Living Trust is that you are able to specifically control the distribution of your assets. While this requires planning on your part, you may find it easier than you think. That’s why I’m here!

Why Control Distribution of My Assets?

In this article we’ll look at few examples of when a person may want to specifically arrange for asset distribution. If you see yourself in any of these examples, or suspect you could benefit from setting up a trust, by all means, be in touch with your questions.

Examples of When to Control Distribution of Assets via Living Trust

Introduction – In some cases a married person will be reluctant to give a spouse all of the assets outright. Instead, such person may say, “let my spouse use it during the spouse’s lifetime and at his or her death the remainder will go to my children”. This may be more important for people who have children from a prior marriage. The enjoyment that the surviving spouse has in the deceased spouse’s share can be narrowly or broadly drawn, depending upon the goals of the Settlors.

Asset Distribution Case Study #1 – Louis Lonely and his first wife Linda set up a revocable living trust.  the trust provided that the entire amount would be held in a fully revocable trust at the first death and then distributed equally to their four children at the second death.  Linda died.  Louis had been a widower for five years when he met his love match, Glenda.  Glenda and Louis married and Louis changed his trust to be distributed to Glenda at his death.  Glenda promised to take care of Louis children after her death.  Once Louis died Glenda prepared a will leaving the entire estate to her seven children.  If Louis and Linda had set up a trust to control the distribution of Linda’s portion, then their children would have received at least one-half of the estate.

Asset Distribution Case Study #2 – Sam Smeed and his wife Sara Smeed had four children.  They were estranged from their oldest son, Steve.  Steve had left his wife and ten children, joined a commune in Oregon, and gave all of his money to the guru.  When Sam and Sara established a living trust they left the entire trust estate to the surviving spouse with no restrictions.  Unfortunately, Sara had a soft heart and was easily influenced by her son, Steve.  She always believed that he would change and come back to be a good person.  Sam died.  About three years later Steve came back to live with Sara and “take care of her.”  Sara changed the trust to give the entire amount to Steve because the other three children were financially secure and Steve “needed the money.”   Sara died and Steve inherited the entire estate.  Of course, he moved back to Oregon.  If Sam and Sara had had a different kind of trust, Sam’s share of the estate would have remained out of Steve’s hands.

How do I Know What’s Best for My Situation?

It is hard to know what to do. While I trust this article has provided some clarification on this topic, it’s a big one and there are SO many variables. Each person’s situation is different, and guessing at the best solution without looking at your personal situation would be risky.

I suggest that you pull together some questions and talk to a legal professional with experience in living trusts and estate administration. If you live in San Jose, Peninsula or South Bay Area, feel free to be in touch! I am simply a phone call away!

You are welcome to print this Free 30 Minute Legal Consultation and use it to get some of your initial questions answered at no charge! 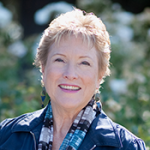 Photo Credit: Diane Brown’s photo by Lisa Whalen and a special thank you to Corbis via the Microsoft Image Library for the use of additional images found in this blog post.